Turns and Returns presents a selection of ephemeral lists and photographs created by Gavin Christie, re-presented by his sister Leona Christie. Images and texts are printed on paper, silk, and plexiglass.

Every day Gavin types and writes memories of dates, directions, stores, books, TV shows, snacks, and people. When typing directions from suburban Detroit to northern Michigan, Gavin recalls the stores and gas stations between each turn, as well as the traces of “dark woods” and “light woods,” and “small dark trees” and “large dark trees” remaining in between. 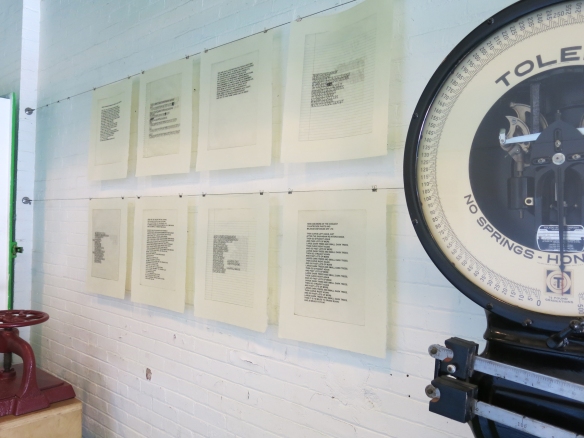 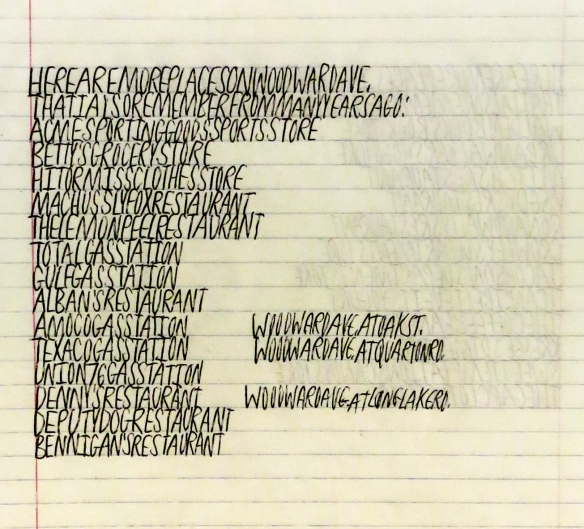 Gavin makes lists of all the stores and malls that used to be in metro Detroit. He supplements his memory by reading old business directories at local libraries.
Below:
Gavin doing research at the Ann Arbor public library. 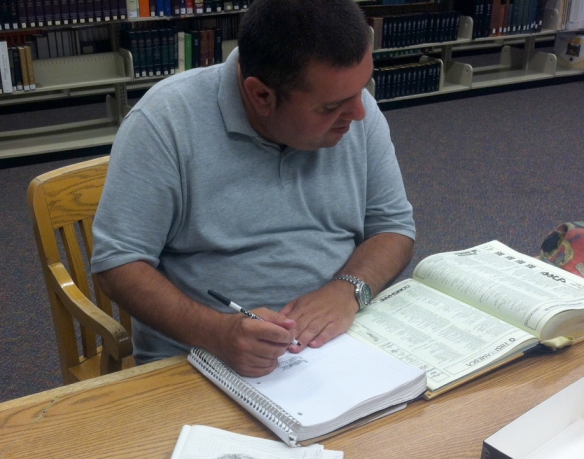 Also included in this exhibit are photographs of Gavin with his friends in the stores of Birmingham, Michigan. Although he now uses a digital camera, in the 1990’s Gavin took thousands of self-portrait polaroids, a sampling of which are presented here. 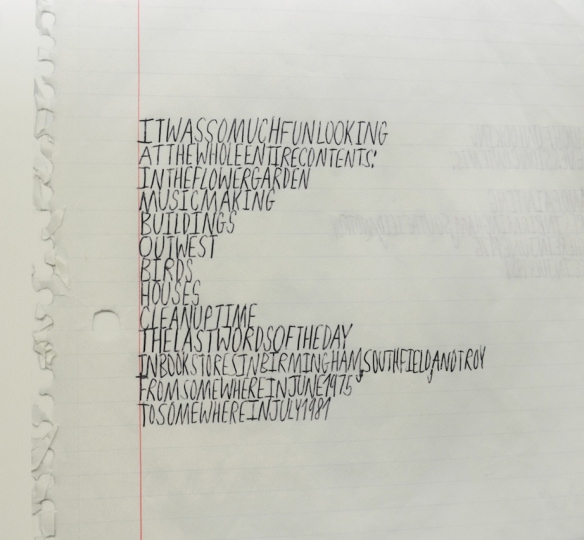 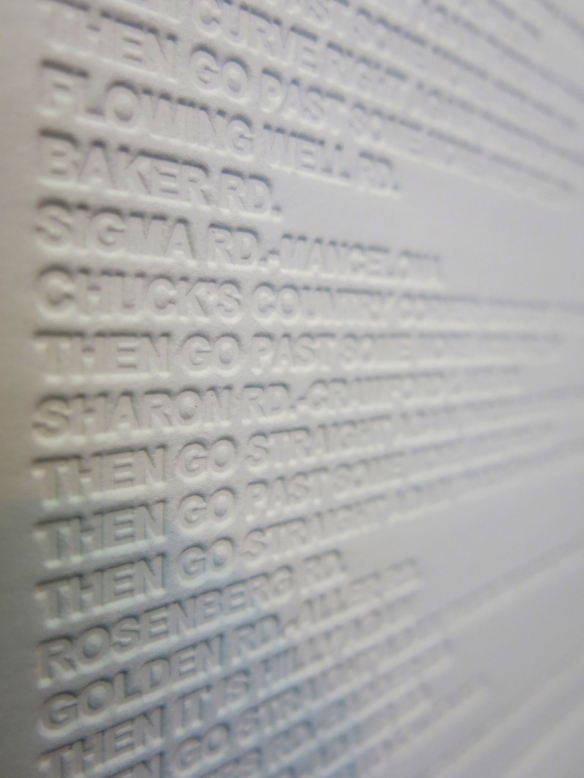 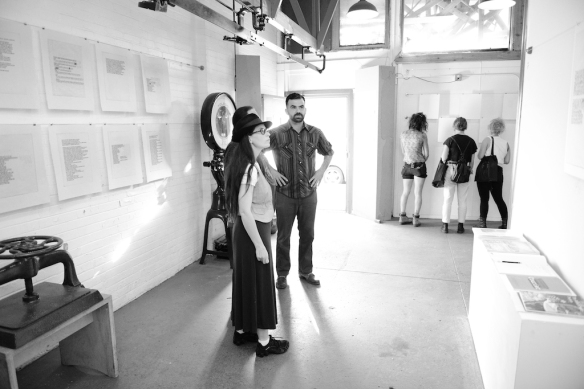 Above: Photograph of exhibition opening by Sam Sefton

“How to Make a Print with your Autistic Savant Brother” was screened at the Southern Graphics Council International (SGCI) Conference, March 15, 2012, in New Orleans, as part of an audio-visual presentation. 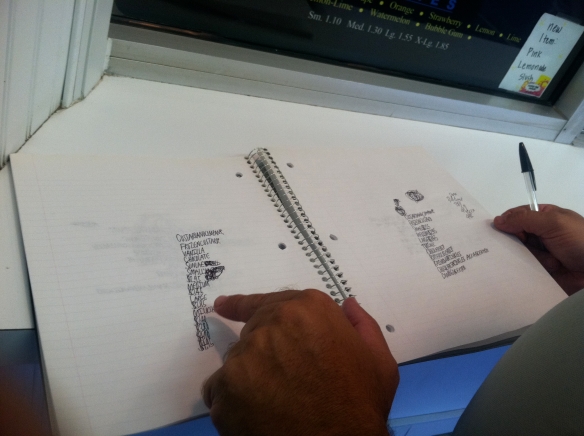 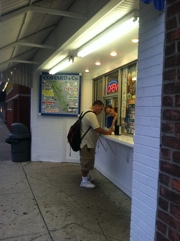 Writing down the ice cream flavors at Dairy Custard on Woodward Avenue.